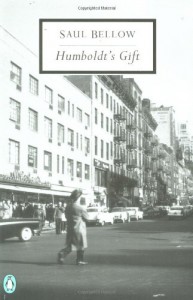 What a shallow author. He longs for a world that never was and is a wanna be for the ways things aren't. The story is decent enough but the author really wrote the book to muse philosophically on the nature of life and to offer philosophical insights on the nature of mortality and offer a refutation to the Myth of Sisyphus. This is where he fails miserably.

A good author should be able to dazzle you with his wit while baffling you with his bullshit. This author (or his characters) are incredibly lacking in the philosophical foundation they are pretending to have. They mention Hegel and his Phenomenology repeatedly but they have certainly never read it nor do they really understand Plato, Aristotle, Spinoza, Nietzsche, ... or any of the other thinkers gratuitously named dropped through out the story. BTW, Arnold Toynbee is completely forgotten today because his Christian Teleological process to history is stupid, and only pseudo-intellectuals from 1976 would have thought he was worth reading or having him on their shelf.

I couldn't help but think of two books while listening to this story. The Closing of the American Mind by Allan Bloom, one of the worst books ever written. Both Bloom's and Bellow's books oozed a contempt for the way things are today (at least when they were written) and how things ought to be in their pretend fantasy world which includes a lot of references to great thinkers but never getting beyond things used to be better within their closed to progress minds. Then I had remembered Bellow had written the forward to the book. How appropriate. The other book, "Gravity's Rainbow", a somewhat contemporary book to this one. Pynchon, the author, was able to grasp the fine points of different schools of thought (I never read better explanations for the memory less probability distribution function , and Pynchon is not a mathematician but knew how to weave the threads of the story into a coherent whole like a Persian rug) and make them coherent and tie them together under one rubric something that Bellow just can't bring himself to do, because he really doesn't understand what's behind the thinking within the author's and books he continuously seems to name drop (except for Walt Whitman, he used him correctly).

I didn't hate the story. I hated the shallow approach to life's question the author gave. I hated the longing for the way things used to be but never were. I hated the conservative mind set the author embraced. I find it hard to believe that the author for this book was voted rewards of sorts. I can only guess that judges who think that the musing of college freshman who have only read summaries by other people about great writings dazzled them because they never took the time to read the great thinkers themselves.
Tweet